It includes over 6,000 scripts of plays from several hundred notable playwrights, including dozens each of Asian American, Latin American, and Native American playwrights and hundreds of Black playwrights.

Component collections also include North American Women's Drama, Contemporary World Drama, and Twentieth Century North American Drama, any of which can be accessed from Menu at the top left and then "My Collections," and each of which includes option to filter the search results by Playwright, Date, and other facets.

This also comes with access to three related collections on the separate ProQuest platform:

Printing was not available during the trial but would be with a subscription. See below for details.

A few notable playwrights from whom we have no plays online (or virtually none) but from whom the Drama Texts Collection has at least ten (and often many more):

A few notable playwrights from whom we have no plays online (or virtually none) but from whom the Drama Texts Collection has between 2 and 9:

A few other notable playwrights from whom we already have some plays online but whose works this collection would significantly increase:

Also attached here is a full title list of the included plays.

Please let us know if you would find this resource valuable.

Printing from the Drama Texts Collection

Users have the option to easily print single pages, sections, or the entire work. 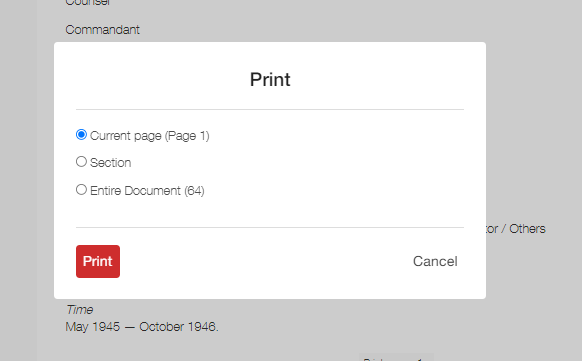 For sections, it will offer pre-selections for however the title contents are split. It could be by Acts or by sections. 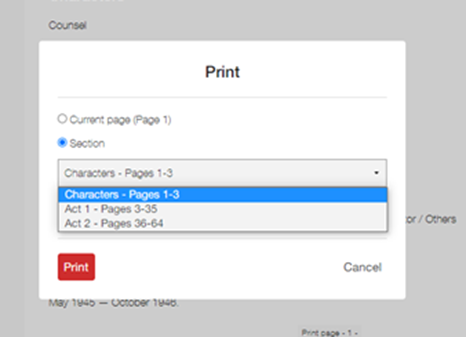 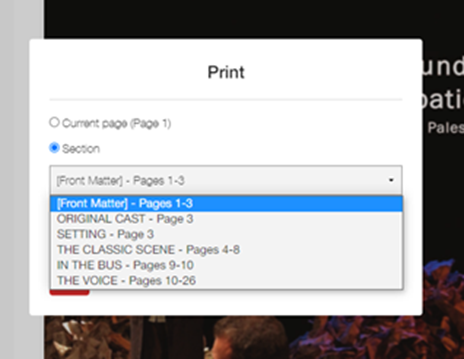