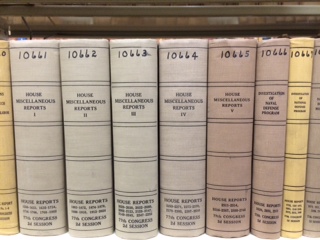 The Serial Set is organized by each Congressional session.

Each book will have a Serial Number that serves as a volume number in the set.